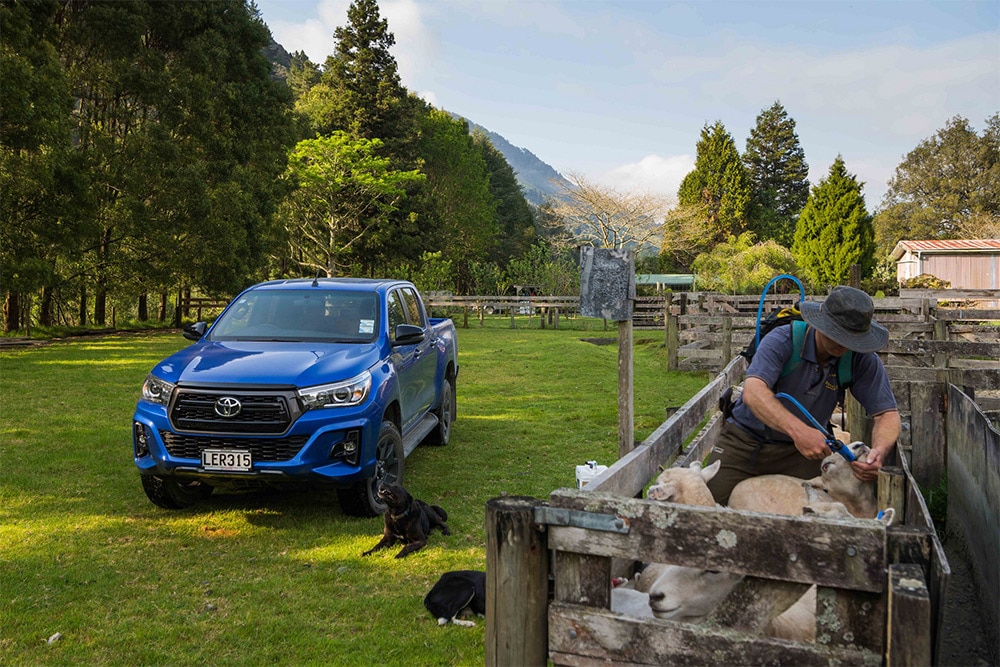 Toyota has restyled the 14 wide-bodied variants of its 21-ute range as the iconic workhorse of choice celebrates its 50th anniversary globally.

“Most of our Hilux range now looks even tougher to back up its long-established reputation for being resilient with the ability to perform in demanding conditions,” said Neeraj Lala, Toyota New Zealand’s General Manager of Product Planning and New Vehicle Sales.

“Like the SR5 Cruiser, these utes make a bold statement that will appeal to even more customers.”

SR5 Cruiser variants will change to Dunlop Grandtrek AT25 tyres with white lettering to further enhance their looks.

The Hilux was introduced to the Japanese market in 1968 and exports began the following year, with the first Hilux arriving in New Zealand in 1976. The current model is the eighth generation. More than 18 million have now been sold world-wide in 170 countries.