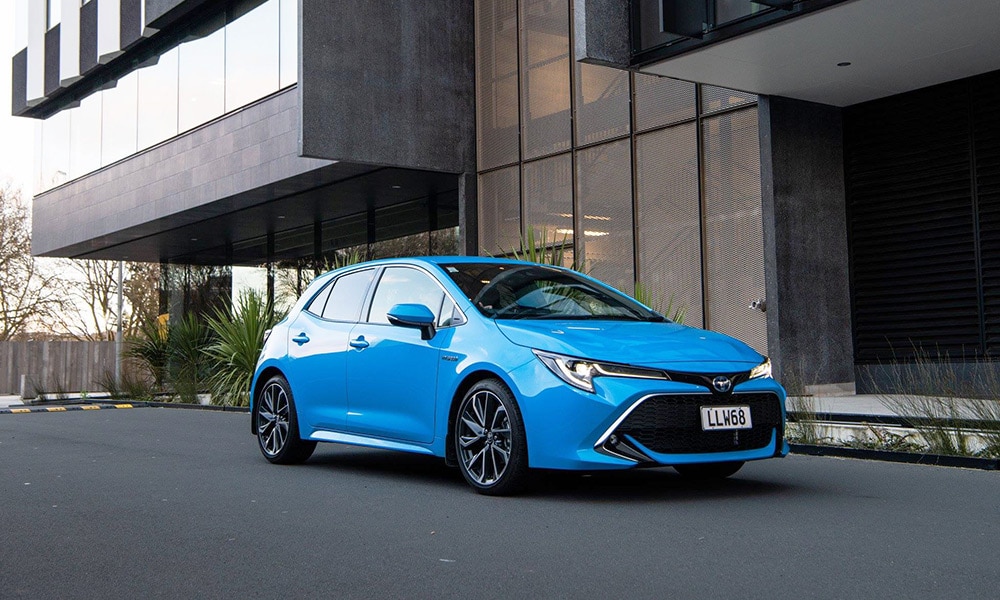 The next-generation Corolla hatch is built on an innovative Toyota New Global Architecture (TNGA) platform that gave designers the freedom to create a strikingly distinctive look that reflects its newfound dynamic performance capabilities.

“New Zealand’s car of the decade has received its biggest upgrade, with a sharp new design that looks amazing and feels fantastic to drive.”

“It’s a more premium and stylish car that places a priority on the highest active and passive safety standards,” says Mr Lala.

“These improvements have been made possible through the TNGA platform, which is integral to the company’s mission to build ever better cars that will excite a new generation of buyers.”

The chassis is clothed in a body that is lower, wider and longer than the current model creating an uncanny blend of balance, composure and feel. The new 12th generation Corolla hatch is imbued with a lower stance and more appealing proportions.

It has an athletic, muscular yet sophisticated style, with the lower grille emphasising the increased width and LED headlights wrapping around into the front guards. Chiselled character lines link the front and rear, where the rear design is more rounded, strengthening the visual relationship between front and rear while a rear upper spoiler completes the look.